1) Multinationals don’t always make you money​
Foreign corporate banks in China are increasingly trying to build revenues from Chinese state-owned and privately-owned enterprises (SOEs and POEs) and reduce their reliance on multi-national clients. “They value the market opportunity of the China-outbound business from these organisations,” says Edison Gao, a partner at search firm Pro-Matrix & Co. “Therefore, SOE and POE coverage bankers and relationship managers are on fire – every bank is fighting for them. Local corporate-coverage bankers are earning 30% to 50% more than their peers at same level who manage MNC accounts.”​
2) Local vs foreign: it’s a stark career choice​
The 41 international banks in China – HSBC and Standard Chartered are the largest – employ about 44,000 people, have a market share of under 2% and are “struggling to find and retain talent” in face of a “rapid improvement in career prospects” at Chinese institutions, according to the Foreign Banks in China report, published earlier this year by PwC. “There’s no level playing field between Chinese state-owned banks and foreign banks: employees of local banks receive higher salaries as graduates, don’t have to learn English or report to a foreigner, pay less tax and work fewer hours,” says Ben Tang, manager, client solutions, at Randstad. “Foreign banks usually leverage their global reach and target employees who are seeking international experience.”​
3) Bonuses are a mixed bag​
“Guaranteed bonuses, although getting rarer everywhere, are even rarer in China. While verbal guarantees are sometimes given, more often than not they don’t materialise,” says Alistair Ramsbottom, managing director of search firm The Blacklock Group. “Domestic institutions can have a broad range of allowances which are not common in foreign ones – for example clothing, hot-weather and holiday allowances or vouchers.”
​
4) You may not need to stay in a job for long​
The traditional tendency for finance professionals in Singapore and Hong Kong to frequently change companies is on the wane, as we reported last month. In mainland China, however, where skill shortages are more extreme, short stints are still de rigueur. “Amid the tight industry-wide war for talent, job hopping is common in the Chinese banking sector and not looked upon as negatively as in other countries in Asia,” says Tang from Randstad. “Changing jobs within three months is considered acceptable, leading to ongoing high turnover rates.”
​
5) Retention policies really matter​
As we reported in April, banks in China have been forced to step up their family-friendly policies in a bid to boost recruitment and retention rates. “Engaging a diverse workforce is another effective solution to relieve the manpower shortage in the banking and finance sector,” says Tang. “Welcoming return-to-work mothers and mature-age workers to the workplace would expand the talent pool.”​
6) The regulatory skill shortage is dire in China​
We’ve already highlighted just how hard it is to find compliance and risk talent in Singapore and Hong Kong. In mainland China, the shortage is even more extreme. “There is growing economic confidence, but this is coupled with financial-sector uncertainty and a general increase in risk awareness, all of which contributes to a more buoyant recruitment market in compliance and risk,” says Jack Liu, a banking and financial services consultant at Morgan McKinley. “Given the shortage, organisations are facing high salary demands and there are many opportunities to move be up corporate ladder in these functions.”​
7) Returnee Chinese need more time to settle in​
While Chinese bankers who have recently studied or worked overseas are still highly prized as new recruits, these so called “sea turtle” (hai gui) returnees often take much longer than expected to integrate back into a Chinese workplace. “They need time to learn and adapt to different market trends and regulatory requirements,” says Laura Yu, manager, financial services and banking at Robert Walters. “As relationships are key in doing business in China, they also need time to build up their networks, especially for front office positions.” 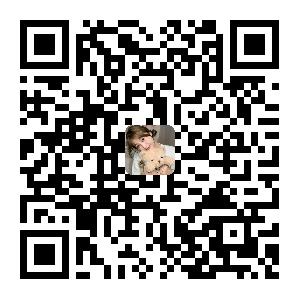 CFA Institute is a global association of investment professionals. The organization offers the Chartered Financial Analyst (CFA) designation, the Certificate in Investment Performanc...